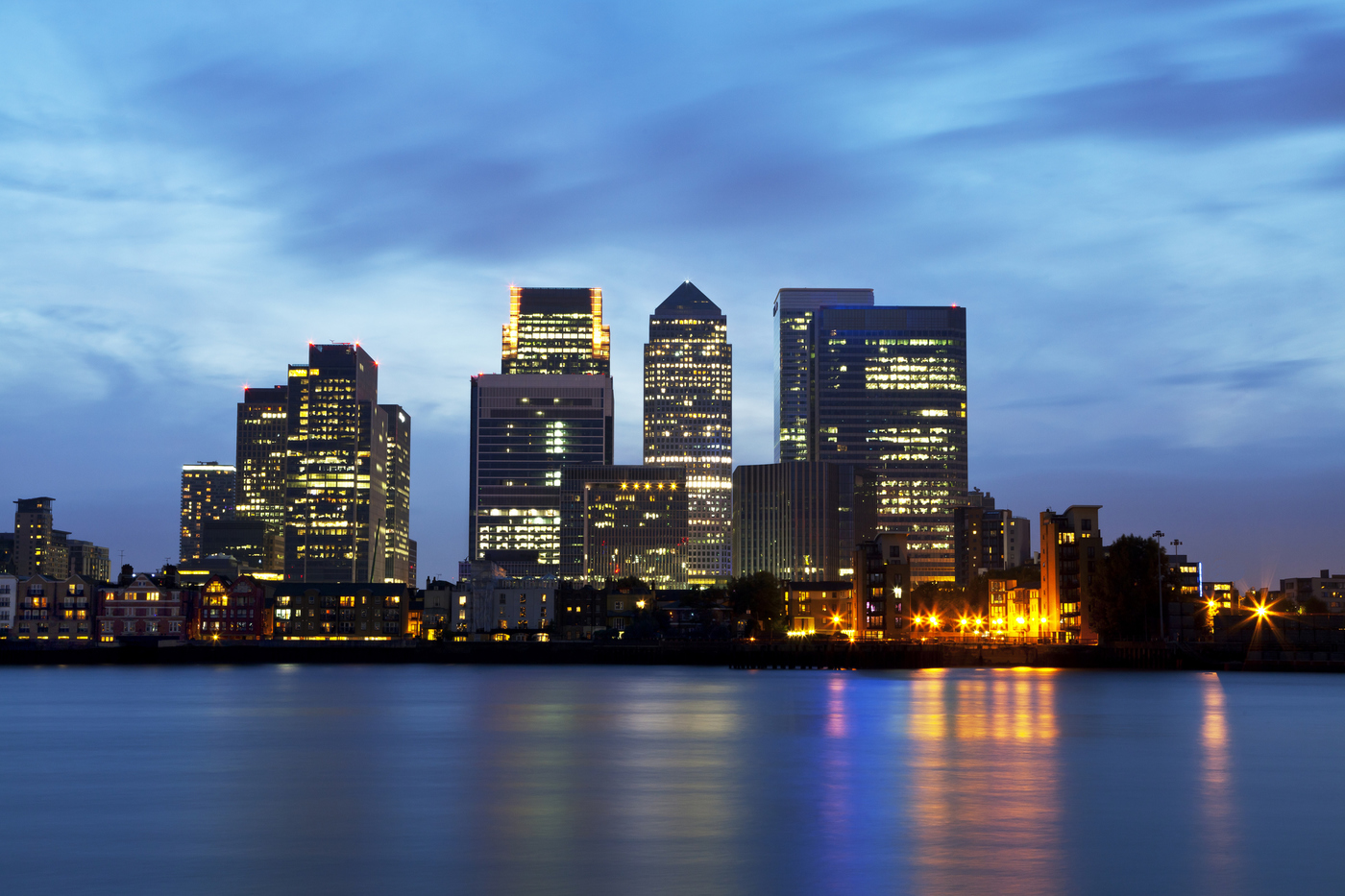 The Docklands in East London includes areas from various boroughs such as Tower Hamlets, Greenwich, Southwark and Newham. It is also the location of Canary Wharf, one of the major financial centres of the capital.

The Docklands used to be the largest port in the world during the Victorian period, but it fell into decline when ships outgrew the docks. Since the 1980s it has been redeveloped, and it is now one of the most exclusive areas in London.

Property in the area is made up of both commercial and residential property. While many people reside here, it is also an important base for large corporations. Part of the regeneration involved converting old warehouses into luxury apartments, which make up much of the property in the area.

The area boasts excellent transport links. The Isle of Dogs has a tube connection on the Jubilee Line Extension, and the Docklands Light Railway (DLR) is the main way to travel through the Docklands.

Properties in the Docklands area of London are a mix of modern, glass-fronted tower blocks, stylish warehouse conversions, and stunning period Georgian and Victorian terraced properties. Due to its proximity to Canary Wharf and Central London, the Docklands attracts professional couples and families who work in the financial district.

The area of the Docklands between East India Dock Road and Asprey Way is home to the finest period properties in the neighbourhood. These Victorian terraces were once the residences of wealthy London merchants and dock workers. Here you will find spacious two and three-storey terraces with basement accommodation. Many of the period houses have been converted into modern luxury flats. The attraction of this area is that it’s close to pockets of green spaces, something that’s hard to come by in the Docklands.

Suppose you are looking for quiet city living in semi-detached or terraced townhouses. In that case, there are plenty of houses to choose from in the Isle of Dogs and Tower Hamlets. This Docklands peninsula is home to quiet streets featuring a combination of period houses together with brickfronted homes from the mid-20th century. Additionally, residents enjoy relaxing in the sprawling Millwall Park and City Farm. And for families, there are great schools in the E14 postcode neighbourhood.

The area around the main docks — North Dock, South Dock, Middle Dock, and Blackwall Basin — is where the tall modern apartment blocks are located. Glass tower apartment buildings dominate the skyline and offer luxury homes with stunning views over the Thames and East London. Look for iconic multi-storey buildings such as the skyscrapers on Park Drive, Pan Peninsula Square, Charter Street, and Westferry Road.

To the west of the Docklands is the small neighbourhood of Limehouse. Here you can find luxurious warehouse conversions offering spacious loft-style living. Many ex-industrial buildings still retain their original facades giving the area an exciting appeal. It is said that Limehouse is one of the most sought-after areas in London to buy or rent.

To the east of the Docklands, where London City Airport is located, are newly built riverside apartment blocks with amazing views over the Thames and South London. Between Victoria Dock Road and Newham Way, away from the airport, are estates with two-storey family homes and private gardens.

In 2021, the average price of a property in the Docklands was £740,000, making house prices somewhat more expensive than the Capital’s average of £620,000. However, the ‘seemingly’ high prices were/are mostly due to the fact that some of the higher end apartments in the Docklands sell for over £1 million. In areas such as the Isle of Dogs and Poplar, it’s possible to find a two-bedroom property for under £500,000.

New residential developments ‘continue to add to the property boom in the Docklands. Some outstanding new-build apartment blocks are in the Wood Wharf neighbourhood, with One Park Drive dominating the skyline. Also, look for new opulent apartments at the Wardian London on Marsh Wall, New Providence Wharf on Fairmont Avenue, and Riverscape at Royal Docks.

Properties to Let in Docklands

Docklands is popular with renters who work in Canary Wharf. For many residents, the commute to work consists of a short walk or bicycle ride. Then there is the Dockland Light Railway for convenient travel to other parts of the neighbourhood.

Of all the areas in London to have undergone large-scale regeneration, the Docklands is the most well known. The London Docklands Development Corporation (LDDC) was responsible for numerous large developments up until 1998, but it is the future developments that are really exciting. Some of the most important projects include:

The Docklands has a fascinating history. It was originally known as the Pool of London, and later it became part of the Port of London, which was the largest port in the world.

In the Victorian period, it was expanded with the building of many more docks, including the West India docks, Royal Victoria docks, King George V docks and more. However, it was heavily targeted by German bombs during the Second World War, and when ships became too large for the port during the 1960s, the Docklands lost its main trade.

In the 1980s, the redevelopment programme began. The London Docklands Development Corporation (LDDC) was established in 1981, and the area was turned into one of the most important financial districts in London. Skyscrapers were built, the DLR was constructed, and derelict warehouses were turned into expensive apartments. The area is still being developed, and it is now one of the most exclusive areas of the capital.

The Docklands has excellent transport links, making it easy to travel to and from elsewhere in London by tube, overground and bus.

There are two Underground stations in the area:

The computer-controlled DLR is the main mode of transport in the Docklands. It has a number of stations along its route including Limehouse, West India Quay, Poplar, Heron Quays, Mudchute, Island Gardens and Greenwich among others.

A number of bus routes pass through the Docklands. Some of the most important include:

Things To Do in Docklands

There are many things to see and do in the Docklands. Some of the most important include: